What Happens When You Charge Higher Prices For Repairs

Today I want to talk about sharing some information I came across that is regarding one of the biggest dilemmas or questions in the roofing industry across the board, and that is basically the fact that everybody wants replacements, right, every roofer out there want more roof replacements. When they are buying roofing leads, they don’t want to buy repairs, nobody wants to deal with them, right, the profit margins are shorter, etc. Now reason I came across several people, right. This is a group of roofers that, for one of the first time that I’ve seen that they are only doing repairs, meaning they do roof replacements, but they do not mind getting roof repair jobs at all because they have a system in place that they go get their foot in the house for the repair, but builds a book of business and really does their whole sales process after it’s really built like that. 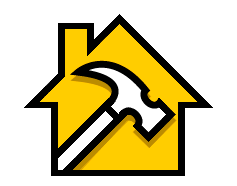 So, I got the chance to talk with them and I’m going to be sharing, you know, some of the things I got out for them. I just want to make that clear, I’m not a roofer, I don’t want to come off sounding like I know about the industry, I never saw a hammer before, but I do talk to roofers on a day to day basis and sometimes they come across a unique ones or you know, people who are really doing something clever in the market are very you know, up there in their own angle, so that’s what I share. All right, so without further ado, let’s get into it.

Let’s Get Into It

This is the whole idea of that, right, it’s pretty simple. With repairs, it goes like this. Whenever a homeowner calls a roofing contractor, right, 9 times out of 10 they’re hoping that it’s a repair, right, they see their shingles missing, they’re hoping that all it takes is a small repair, but once you get into the house, you realize that it, you know, if you can sell them or you realize that there’s a big problem, whatever it is, then you can sway them towards a replacement. But this is the thing, if the thing they’re choosing between is laid out like this, the following, which is, ‘’hey Mr. Homeowner, you can choose a replacement and it’s going to be $10,000 or we can just do a temporary patch that’s going to hold you for the next couple of years and that’s only going to cost you $450’’. They’re always going to take the repair, right? Because; that’s the way — like it’s a big difference between the two, they might as well just see what happens and get the repair right now at least the leak will stop and then go about their day.

But what this company was doing, aside from their sales strategy, which is very unique which I’ll share sometime in the near future, but just the angle they’re coming from was this, they get into the house, they go for the repair, but then the options they give is this, hey Mr. Homeowner, would you like a repair which is going to cost you $2,500 or a replacement that’s going to cost you $10,000, right. Once you price it high, they’re saying anywhere from $25 to $3,800, right, that price point. And you’re not just trying to price it high for the sake of pricing high. You see what’s around the problem. Like let’s say if just a shingle, you see a lot of times apparently from what they tell me that it’s probably water damage on there, maybe their gutters are not good. So you bundle it all together, sell it really well for a decent chunk of money, right? And anywhere around $2,500 to $3,800 because; once you get in that price range, then it becomes kind of questionable, right, $400, $500 or $10,000, they’ll choose this.

But if it’s around one third of the price to just get a temporary pass that could break anytime or get the whole thing renovated, renewed, and brand new put on, then they could look to get the entire replacement, especially if you have financing, etc.

So just wanted to share that, you know, this is an angle and this is one of the biggest problems many roofing contractors have, I believe, like you’re letting go of all the cheaper leads, right, the leads that have come cheaply to you and you don’t want them, nobody wants them, so you’re passing up on them as well, because everybody wants to replacement, you’re paying so much for high quality, not high quality, but higher end expensive leads and you know, there’s ways to do it more efficiently from what it seems, right.

So comment below, this is probably a pretty controversial topic right here, but if you guys have any experience, I would love to hear it.